‘De-globalisation and the Return of the Theory of Imperialism’ , Stavros Mavroudeas, ICOPEC 2019 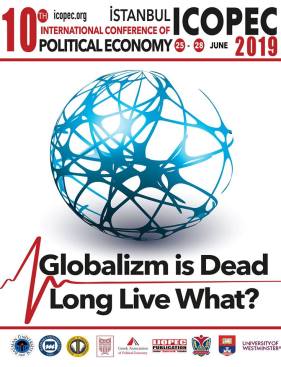 ‘If Globalism is Dead—Long Live What?’

‘De-globalisation and the Return of the Theory of Imperialism’

The globalisation hypothesis (i.e. the argument that modern capitalism has once and for all discard the nation state and modern capitalism became a truly unified ‘global village’) was overwhelmingly popular since the 1990s. This was coupled with the expansion of a multifaceted theoretical trend that rejected previous analytical tools and purported that it ushered new ones, tailor-made to the new ‘globalisation era’. Especially within Political Economy, the globalization discourse rejected the theory of Imperialism (that emphasized antagonisms and the role of the national economy) for a theory of global interconnectedness (emphasizing co-operation and deterritorialization). However, the course of events of the real world radically diverged from the stylized beliefs of the globalization discourse. Particularly, before and increasingly after the 2008 capitalist crisis, antagonisms along national lines and military conflicts proliferated. These developments signify the necessity of a return to the classical Marxist theory of Imperialism as the appropriate analytical framework to grasp the political economy of the international system. 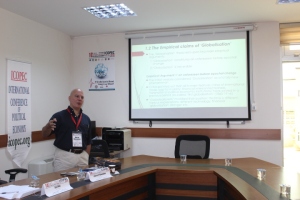 Links for reading and downloading the presentation: